BEAUTIFUL, ONE OF A KIND PIECES

McCurdy is a graduate of the Nova Scotia College of Art and Design (BFA) and the Cardiff Institute of Higher Learning in Wales (Master in 3D Design – Ceramics). She was an Associate Curator of Ceramics at the Art Gallery of Nova Scotia, and has shown her work both nationally and internationally.

Her most notable solo exhibitions include The Ties That Bind at the Canadian Clay and Glass Gallery in Waterloo, Ontario, and two solo traveling exhibitions; Mothers/Daughters, which originated at Halifax’s Mary E. Black Gallery, and S.O.S: Sources of Support, originating at the Art Gallery of Nova Scotia, which traveled to the Confederation Centre for the Arts, PEI and to the Burlington Arts Centre, Ontario. As well, she recently had a touring retrospective of her work, titled The Fabric of Clay, originating at the Burlington Art Centre in Ontario, and travelling to the Beaverbrook Art Gallery in New Brunswick and to Saint Mary's University Art Gallery, in Halifax, Nova Scotia.

Reviews of her work and articles about her career have been included in ceramic-focused periodicals including Australia’s prestigious Ceramics: Art and Perception, American Ceramics and Ceramics Monthly from the US, and Canada’s Contact, Fusion, Arts Atlantic, Ontario Craft, and Visual Arts Nova Scotia. Alexandra was inducted to the Royal Canadian Academy of the Arts in May, 2015, and to the International Academy of Ceramics in 2019. 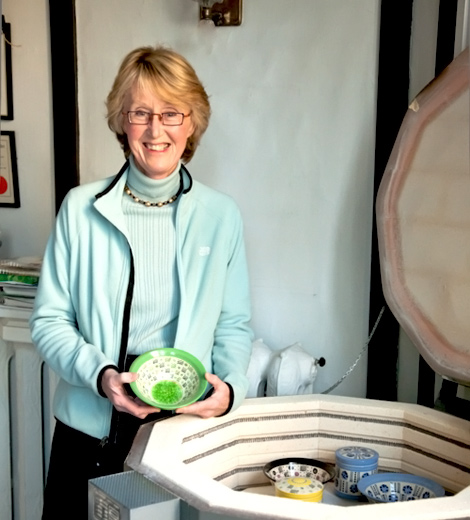